Puja at the Hindu Temple Society of North America 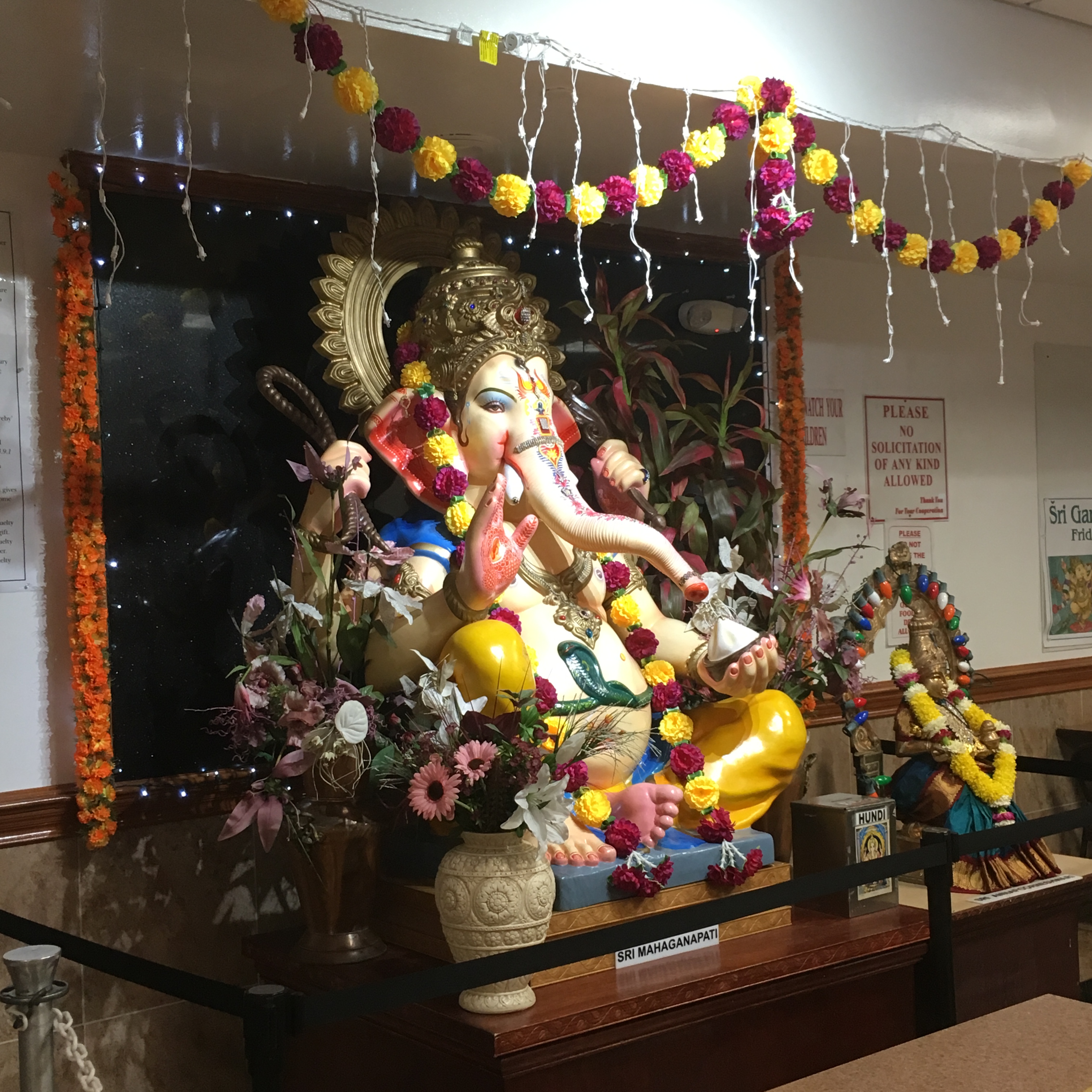 We took a bus from the Union Theological Seminary to the Hindu Temple Society of North America out in Flushing, Queens. I get super car sick so most of this ride was spent trying NOT to look out the window. When we arrived we got treated to a yummy (but spicy!) meal in their cafeteria. Here’s a photo of my plate, but I quiet honestly can’t tell you what we ate. lol 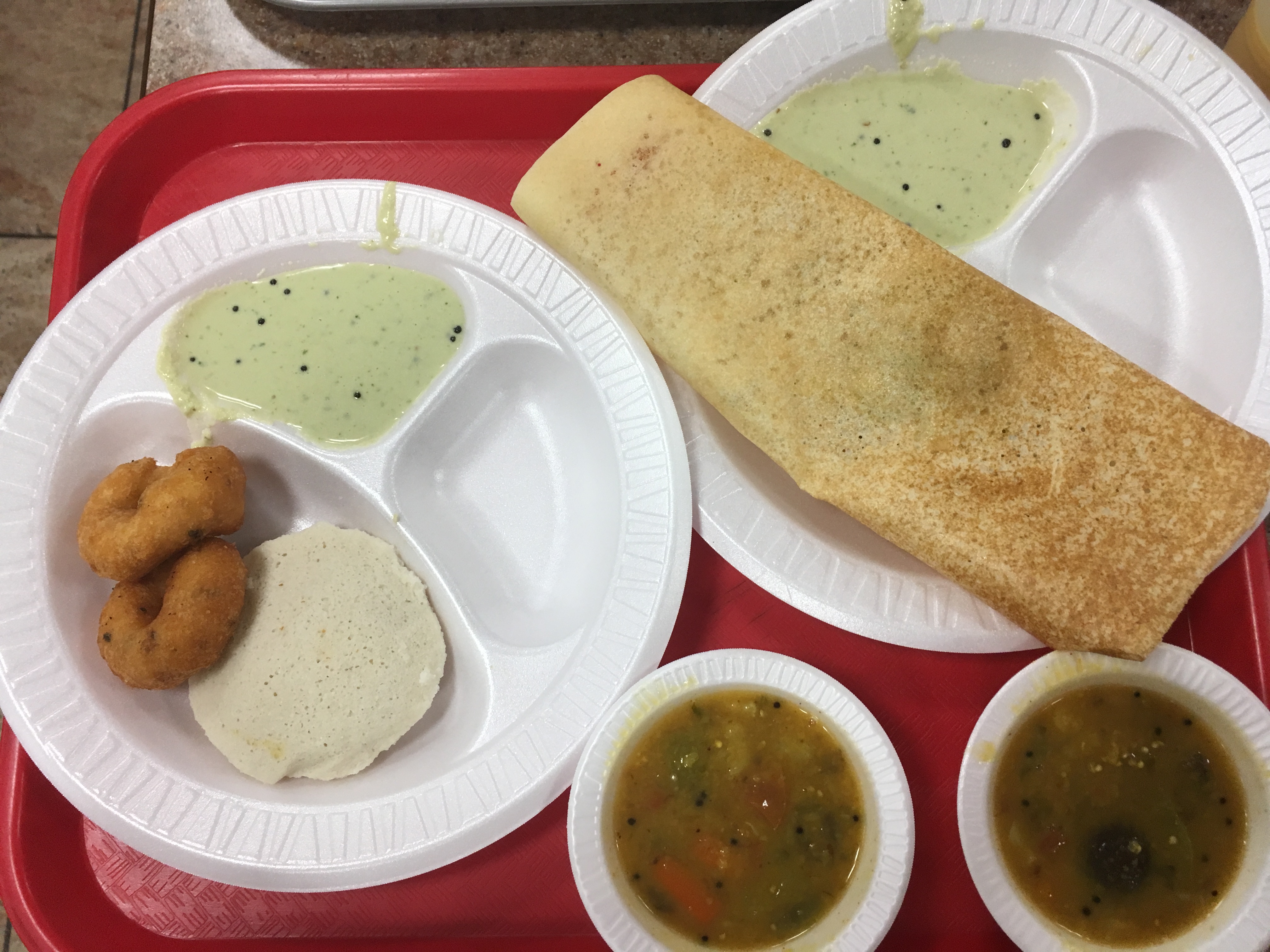 So after our lunch we walked to the main temple space, had an informative group discussion with a board member, then a private tour of the shrine. No photos are allowed inside the space so I took a few outside to get the feeling of the location. One of the funniest signs for were the “coconut breaking” signs. We learned that coconuts are a common item to offer in a puja (ritual worship) and there are specific places to break them open before entering into the shrine. 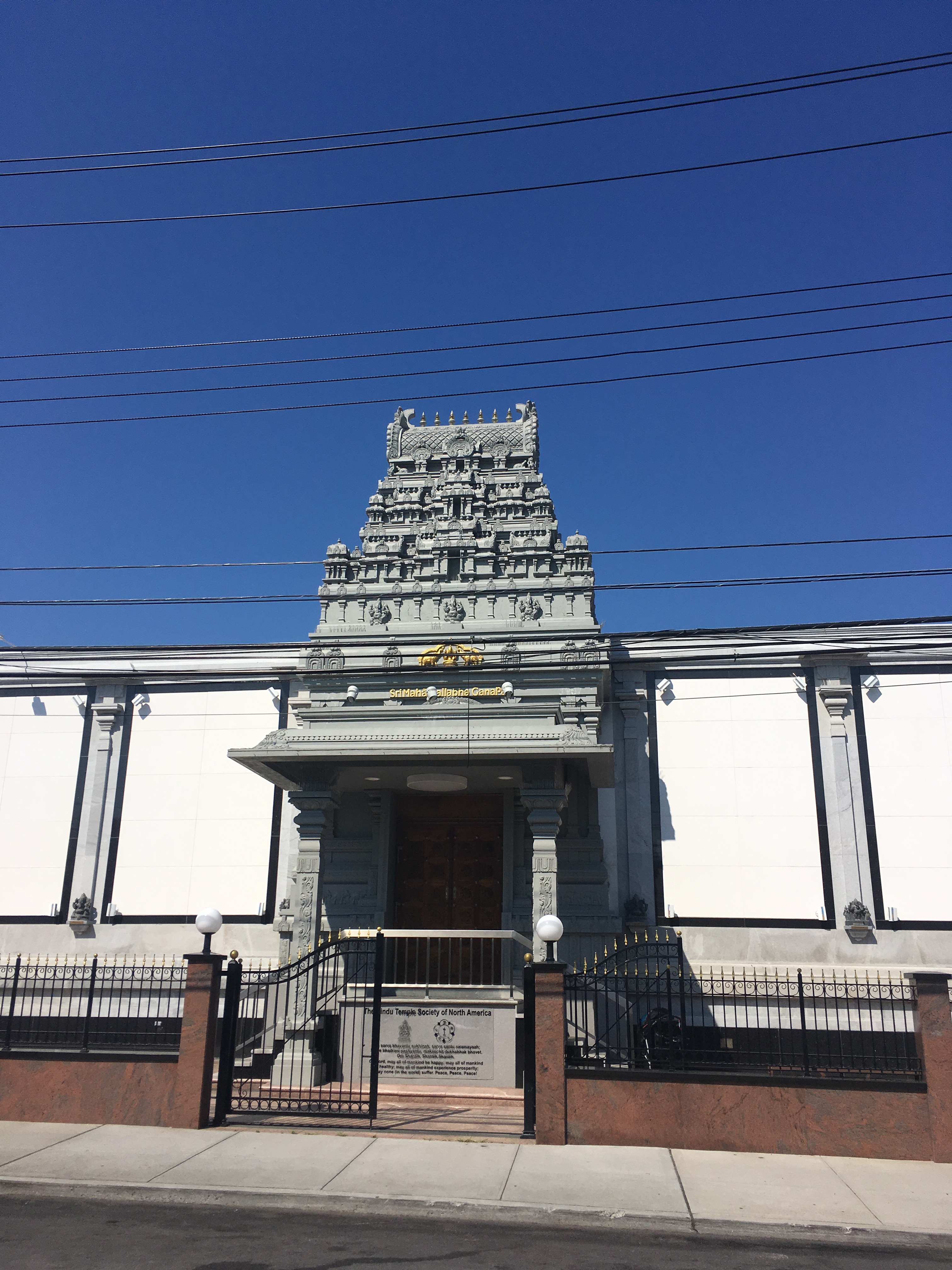 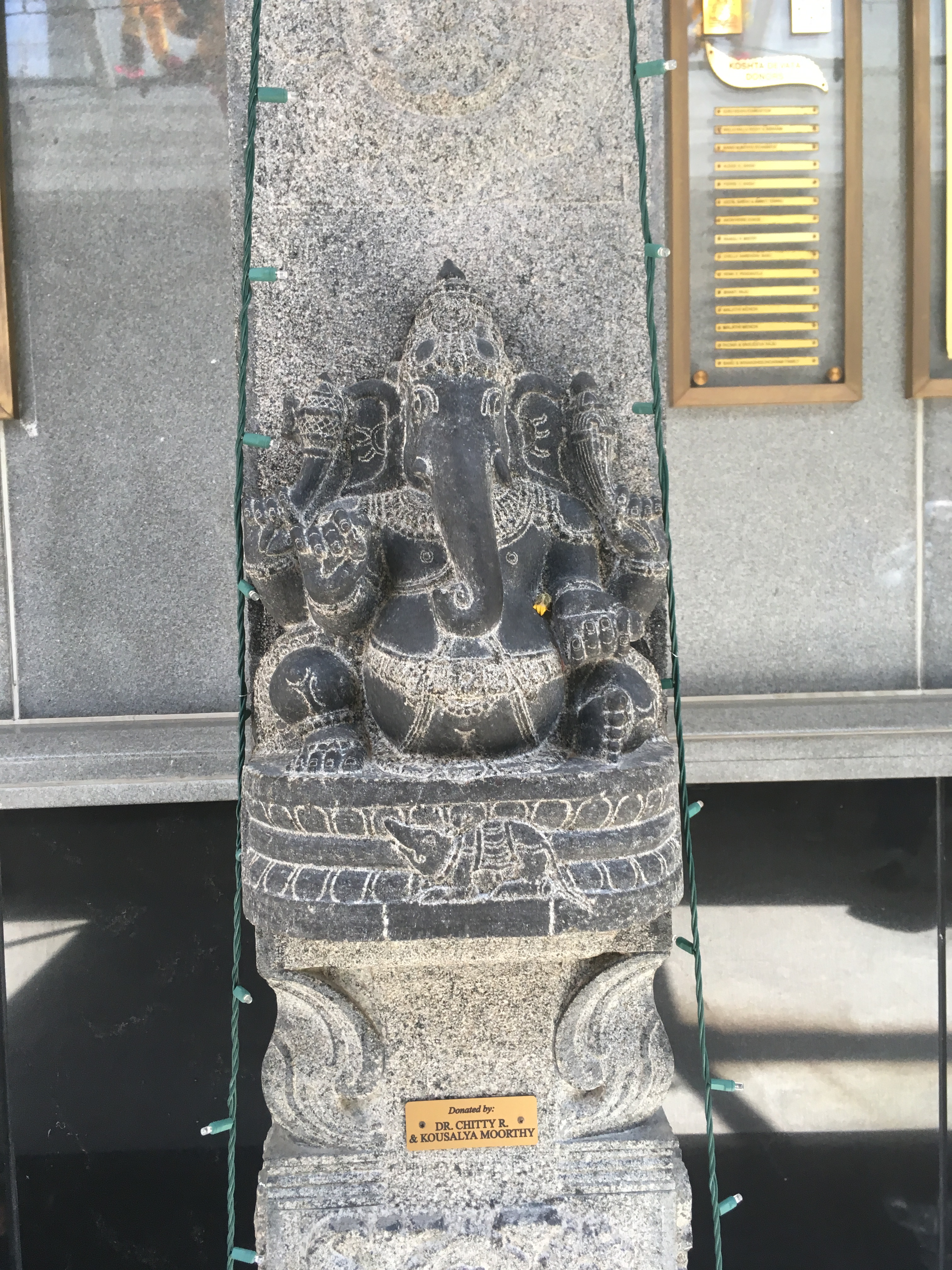 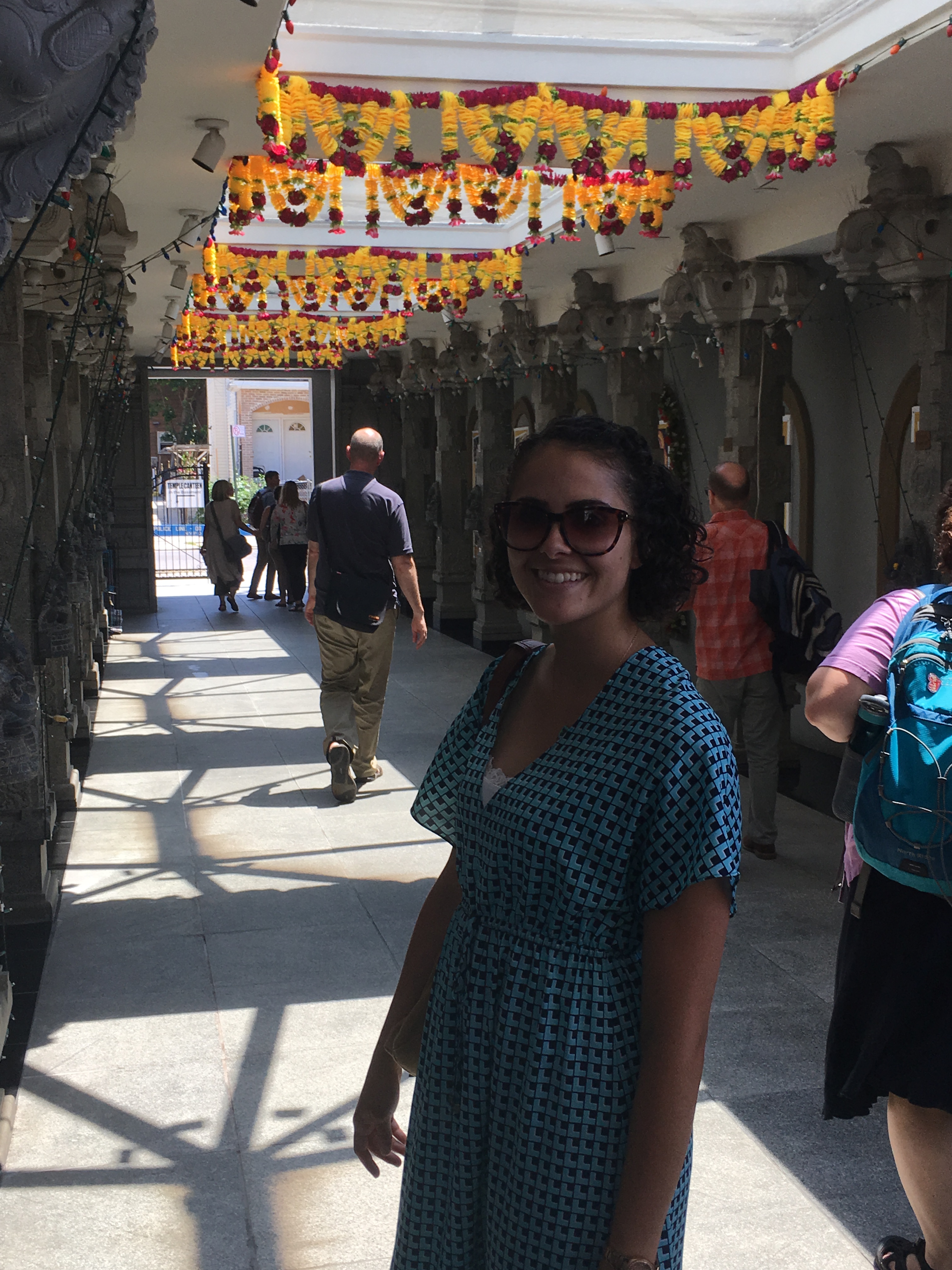 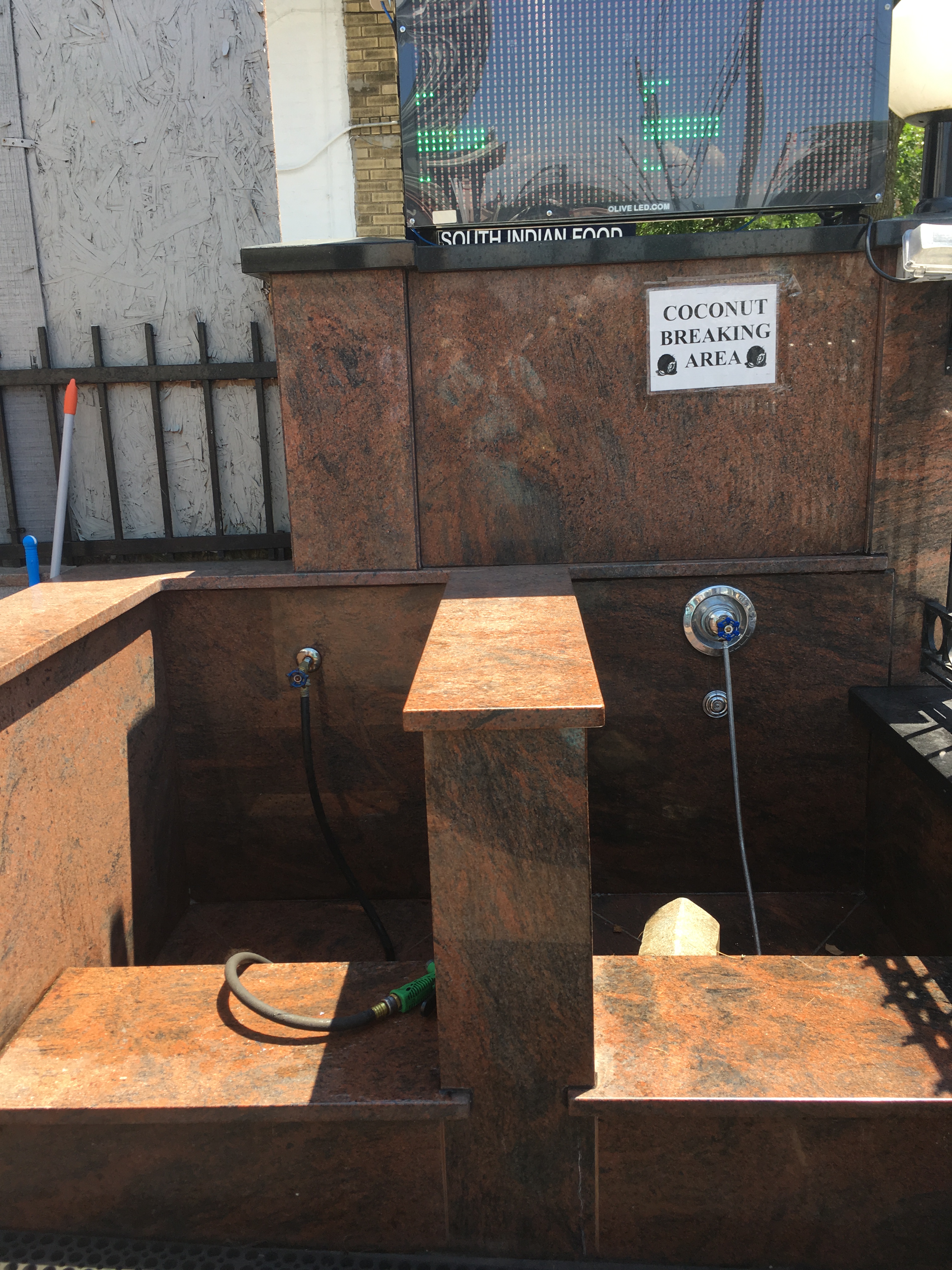 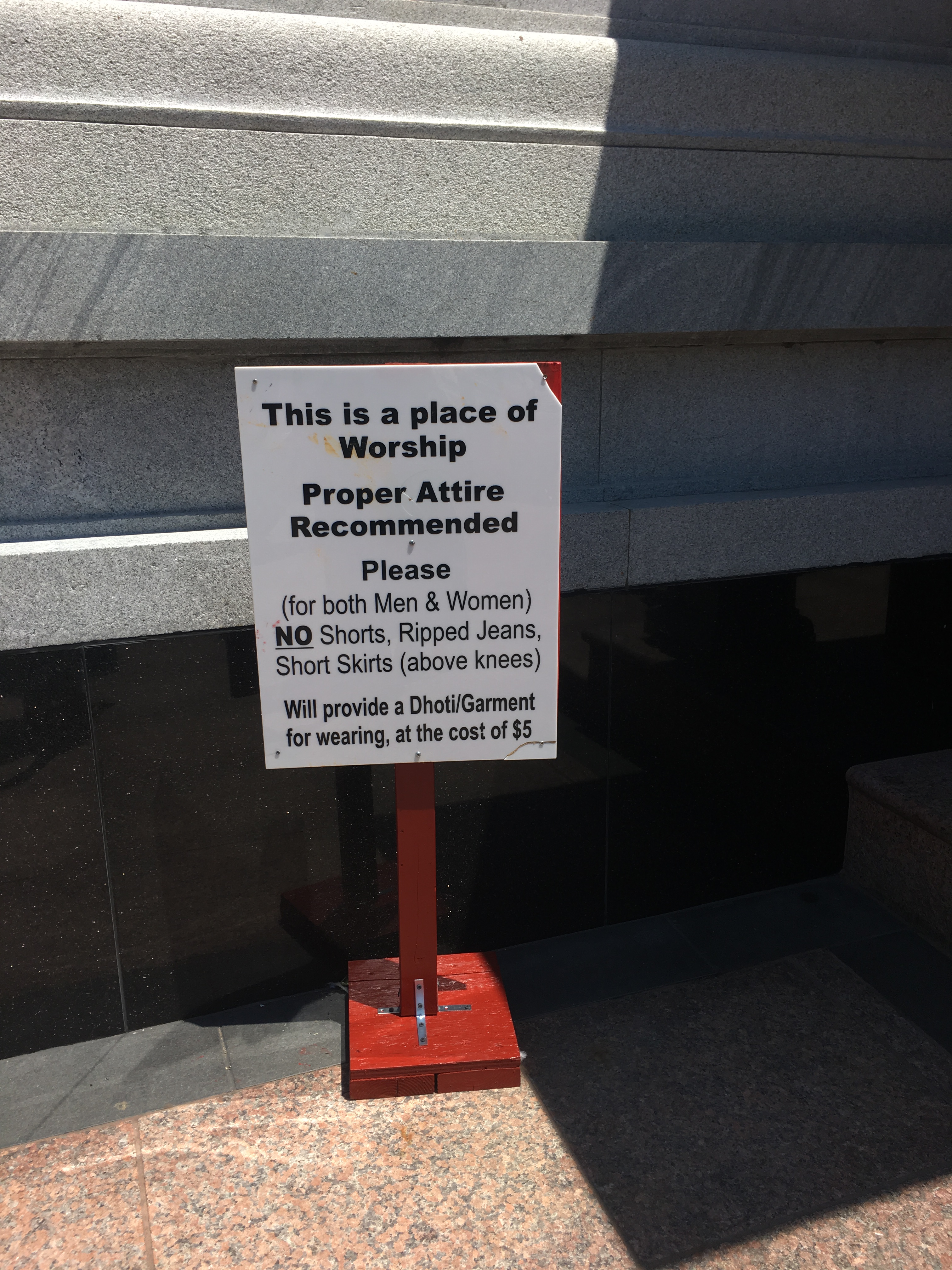 As you can see from this last photo, once inside all shoes come off (we also did this in the Buddhist Temple and both the traditional and sufi mosques – the idea of sacred ground is common to all these religious traditions). Personally I love taking my shoes off, maybe it’s because I’m a Florida girl, but I feel so much more connected to my surroundings barefoot.
Read more: Student Series! A Hindu Union 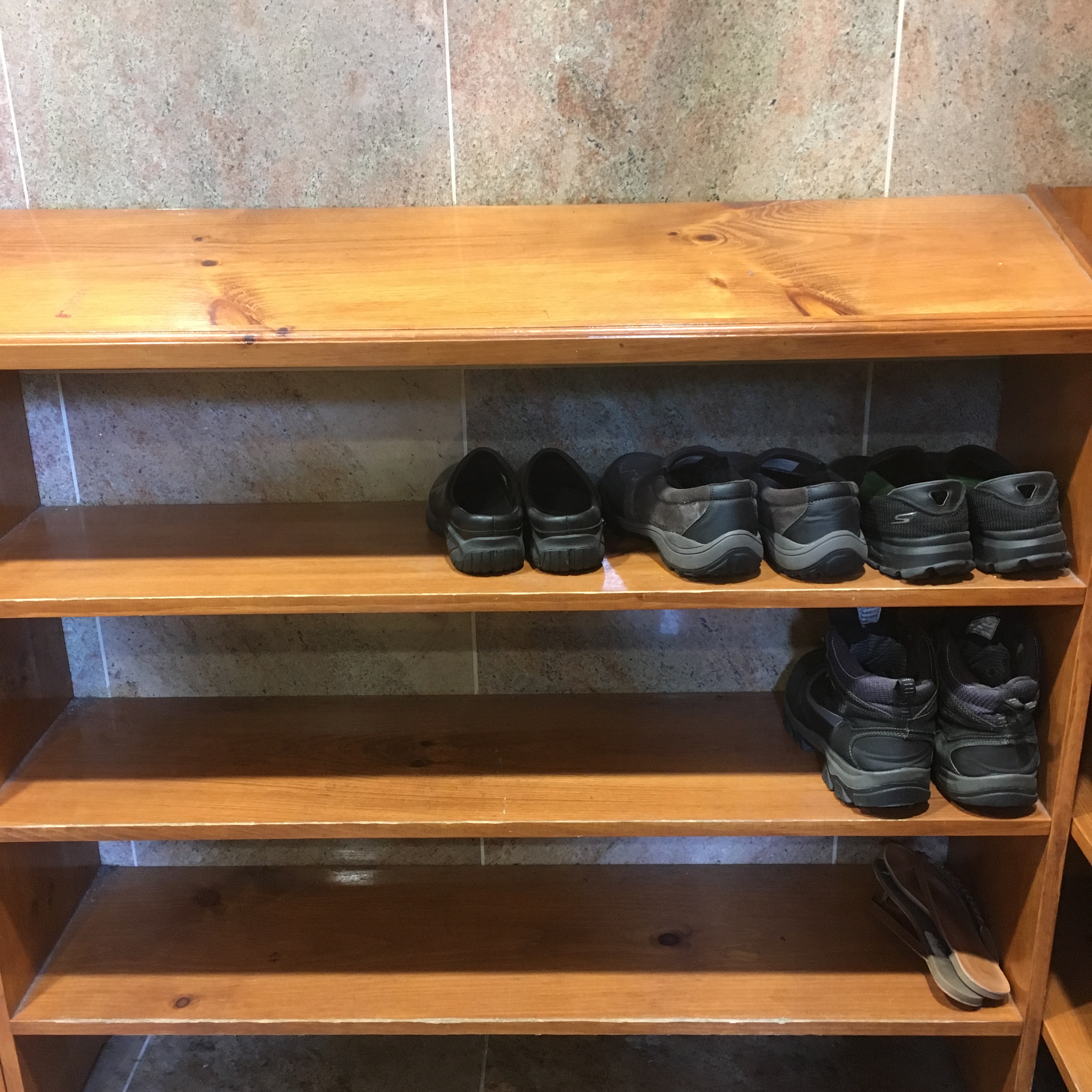 They even provide little cubbies downstairs for your shoes. My shoes are on the bottom right – flip-flops all the way!

As I mentioned, there are no photos allowed inside so that we can preserve the sacredness of the space and the rituals within it. In Hindu belief, the statues are inhabited with the spirits of the gods, so the are so much more than just visual representations of deities. They are bathed, clothed, and ritualistically fed by the priests. This temple has about 25 deities, each deity with a different specialty and some worshipers feel more akin to one deity over another at different times in their lives. Although, theologically speaking, not the same as Catholic saints, there is certainly some parallels to be drawn (see my post about the catholic shine of the Bronx Lourdes). This image below is outside the temple, so it does not have the significance of the ones I described above but you can see the clothing and style that is also on of the deities inside the shrine.

Unlike some other houses of worship, there is no prescribed communal worship time. The main action in a Hindu temple is individual prayer and puja. When needed, the practitioners will come to perform a specific action to a deity for something they are asking for or thankful for in their lives. Luckily we got to see two different pujas while  there. I cannot tell you anything that was going on but there was chanting, incense, ghee, and a little cone people kept putting on their heads. I was trying to watch without being intrusive to their worship.
I loved walking around the temple, and as an AP Art History teacher, it really brought to life the Hindu temple and Shiva statue I teach. I’ve never been to India and the Metropolitan Museum is the closest I’ve gotten to seeing a Hindu god in person, so having the ability to see them in situ, in a worship site, really made me understand the Shiva as Nataraja much better.

This is at the Met Museum, not the temple.

After our group departed, I hung around alone a bit to walk in solitude in the shrine. I spent more time looking at the priests doing their daily tasks and the beauty of all the statues. Personally, I loved Saraswati, the goddess of music & knowledge.
Then on my way to the train station to visit my aunts for dinner, I popped into any other sacred spaces that let me in! Here are a few I saw on my walk: 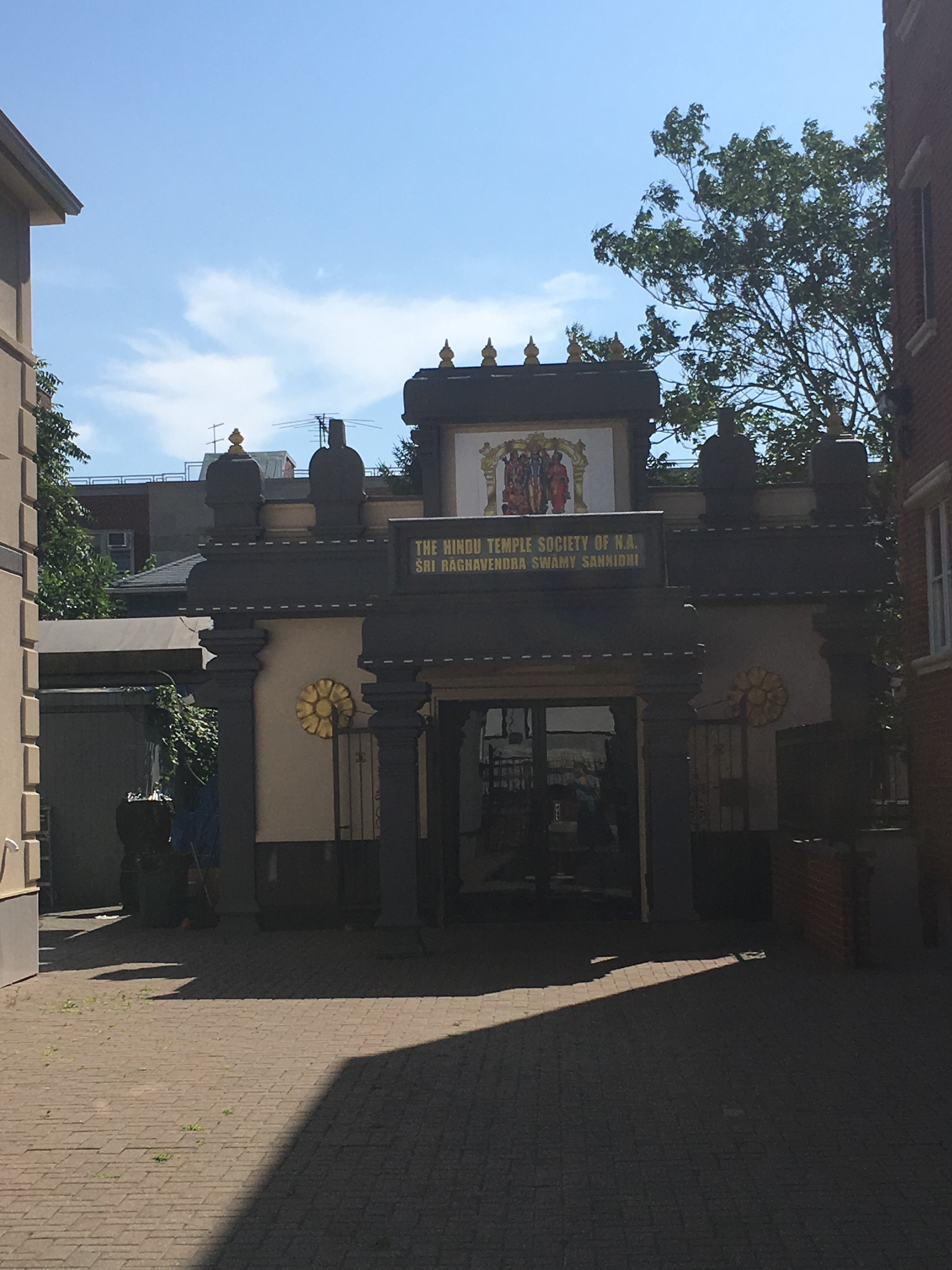 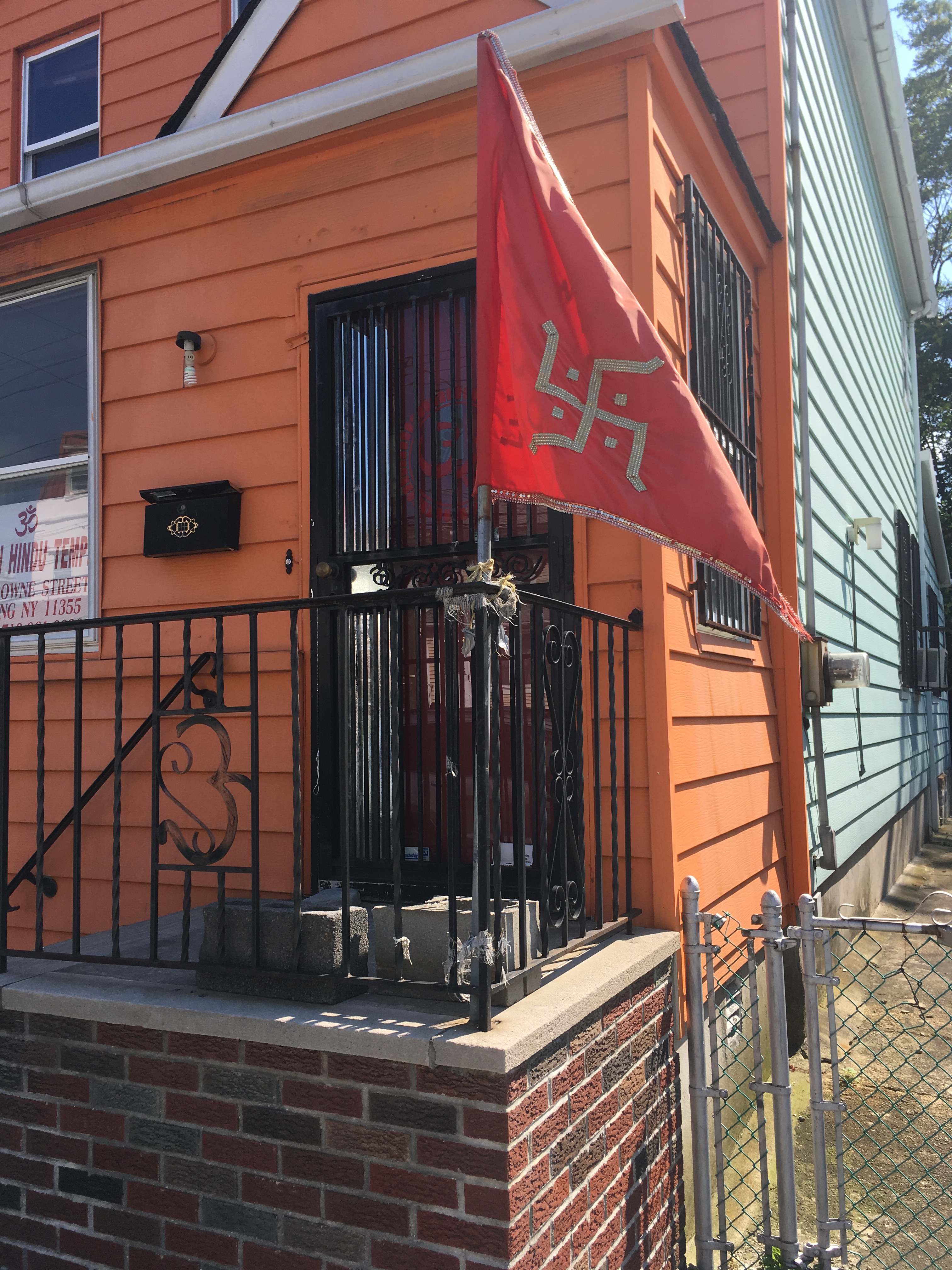 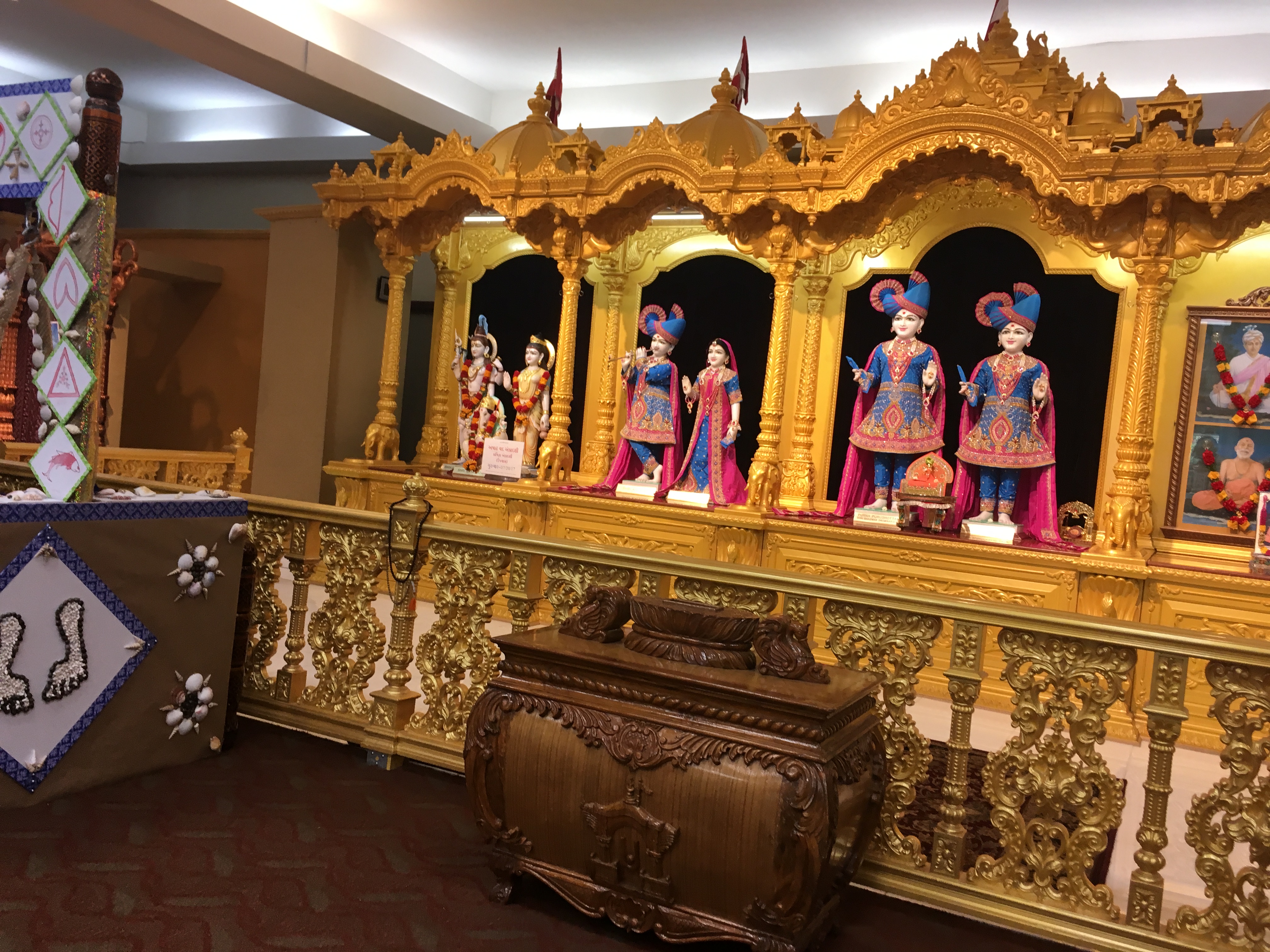 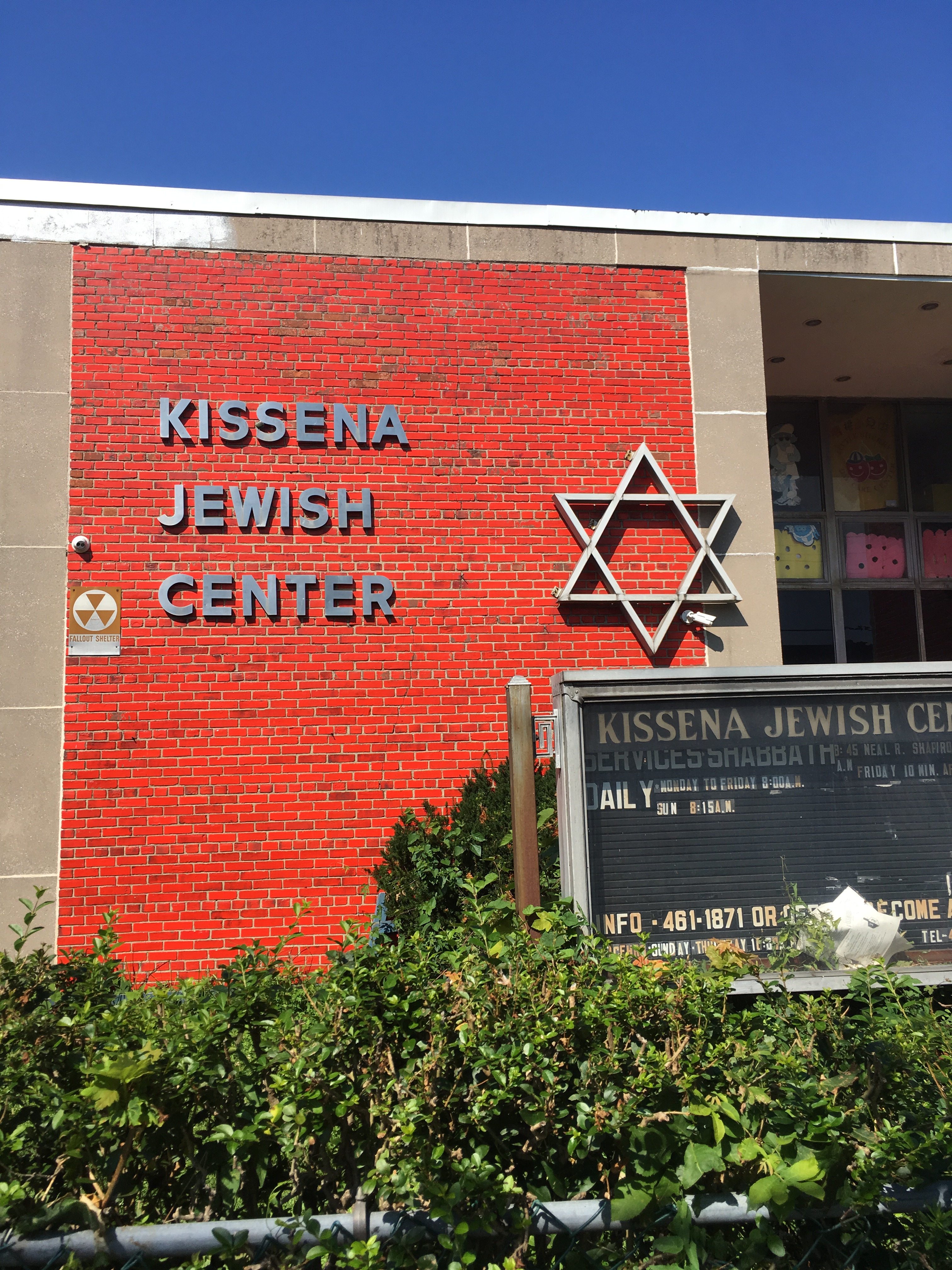 JMF
P.S. I am not an expert in Hindu theology or practice and the little I know comes from study in college and teaching high school. If you see something incorrect here, please message me so I can fix it!
The views expressed in this blog do not necessarily reflect those of the National Endowment for the Humanities or the Religious Worlds institute.  For detailed information about the institute, see http://religiousworldsnyc.org. 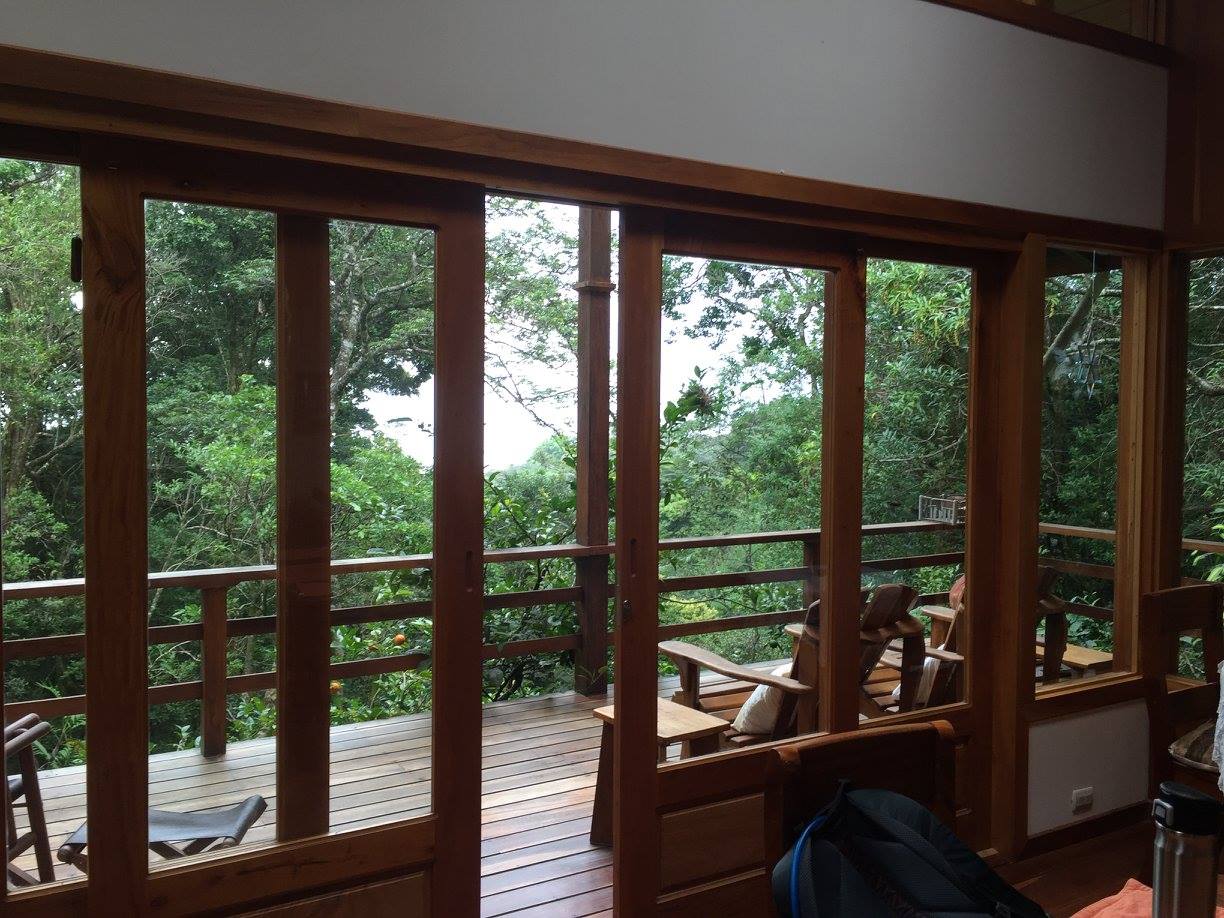 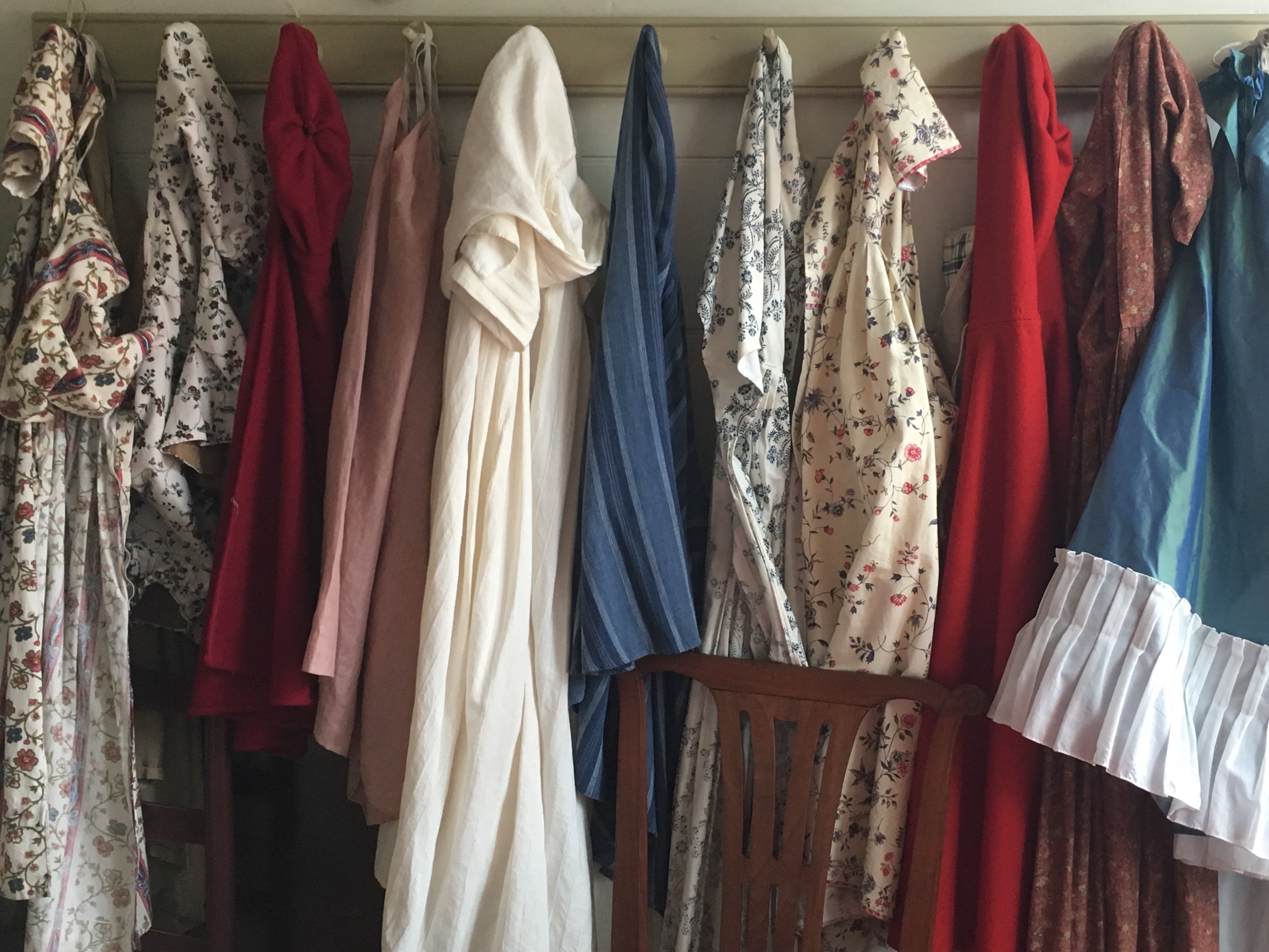 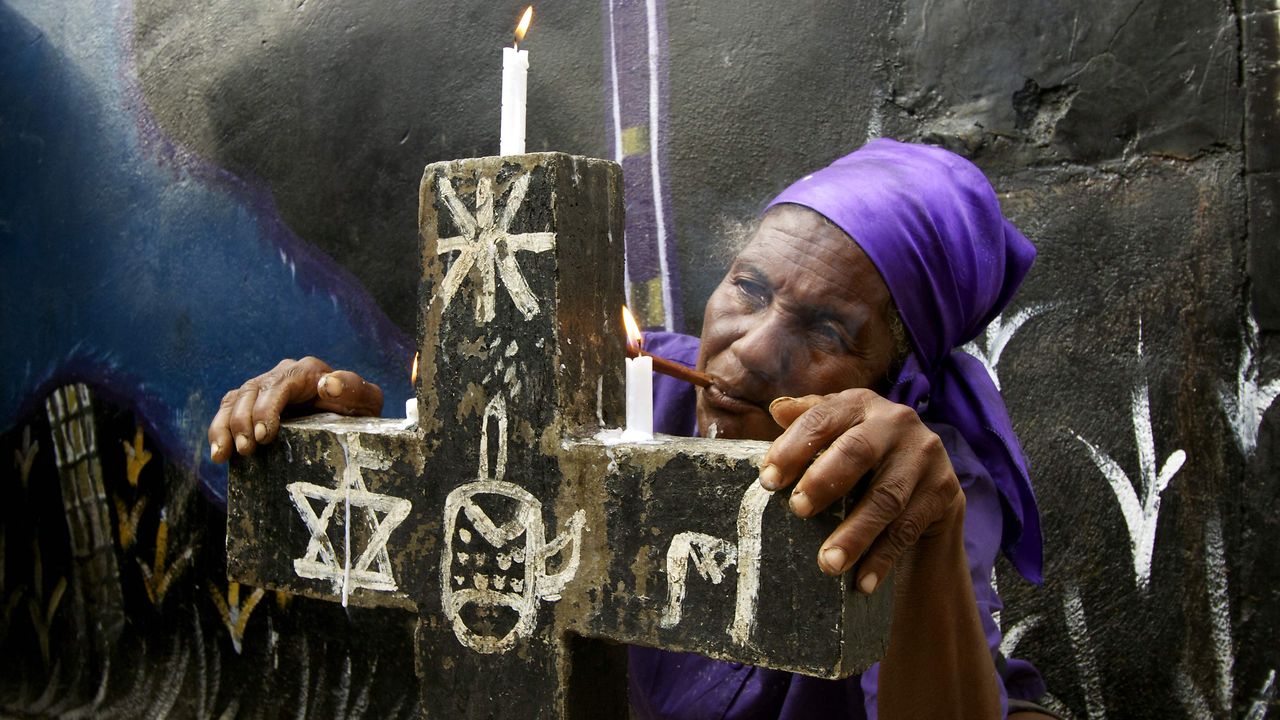 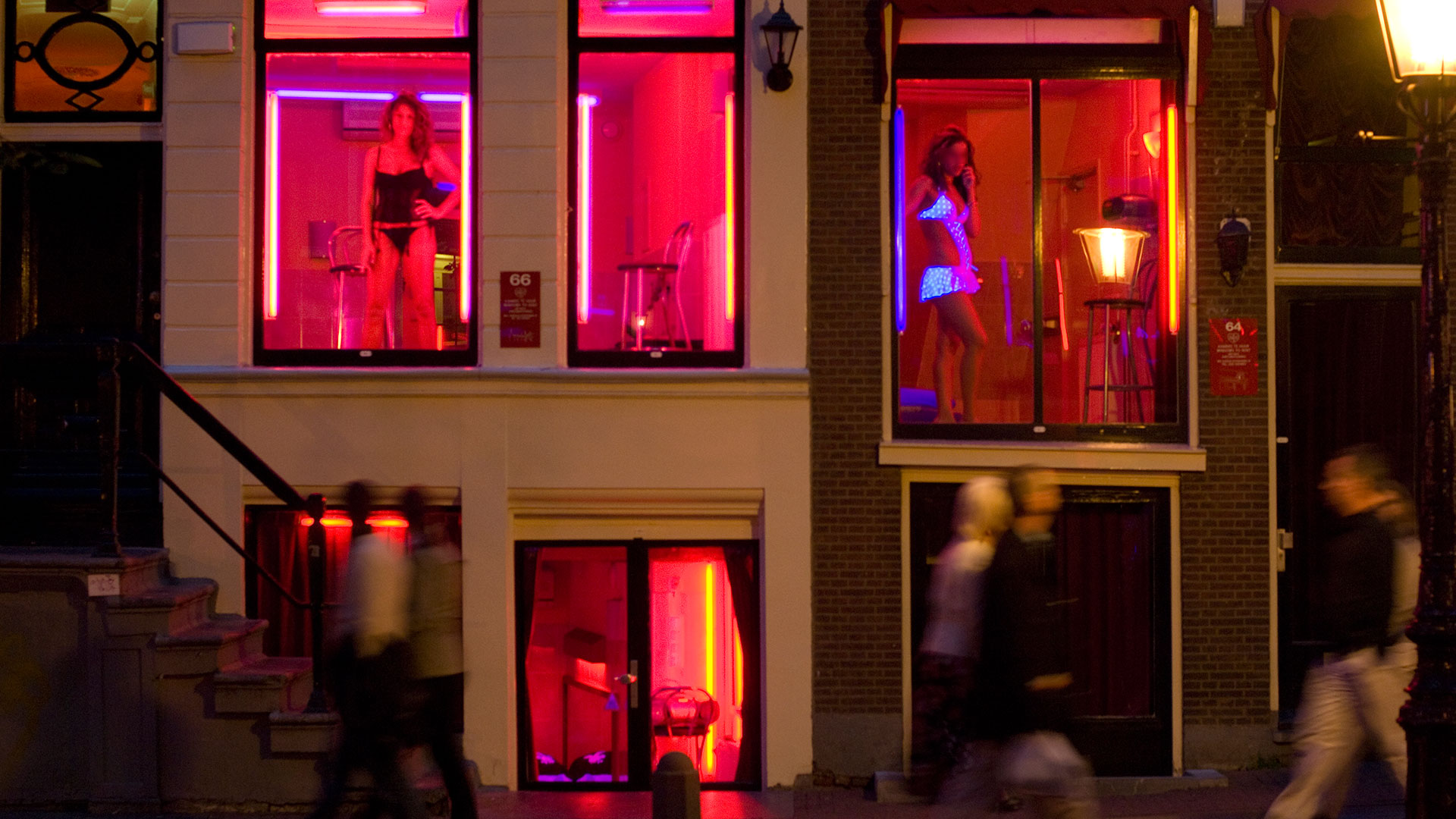 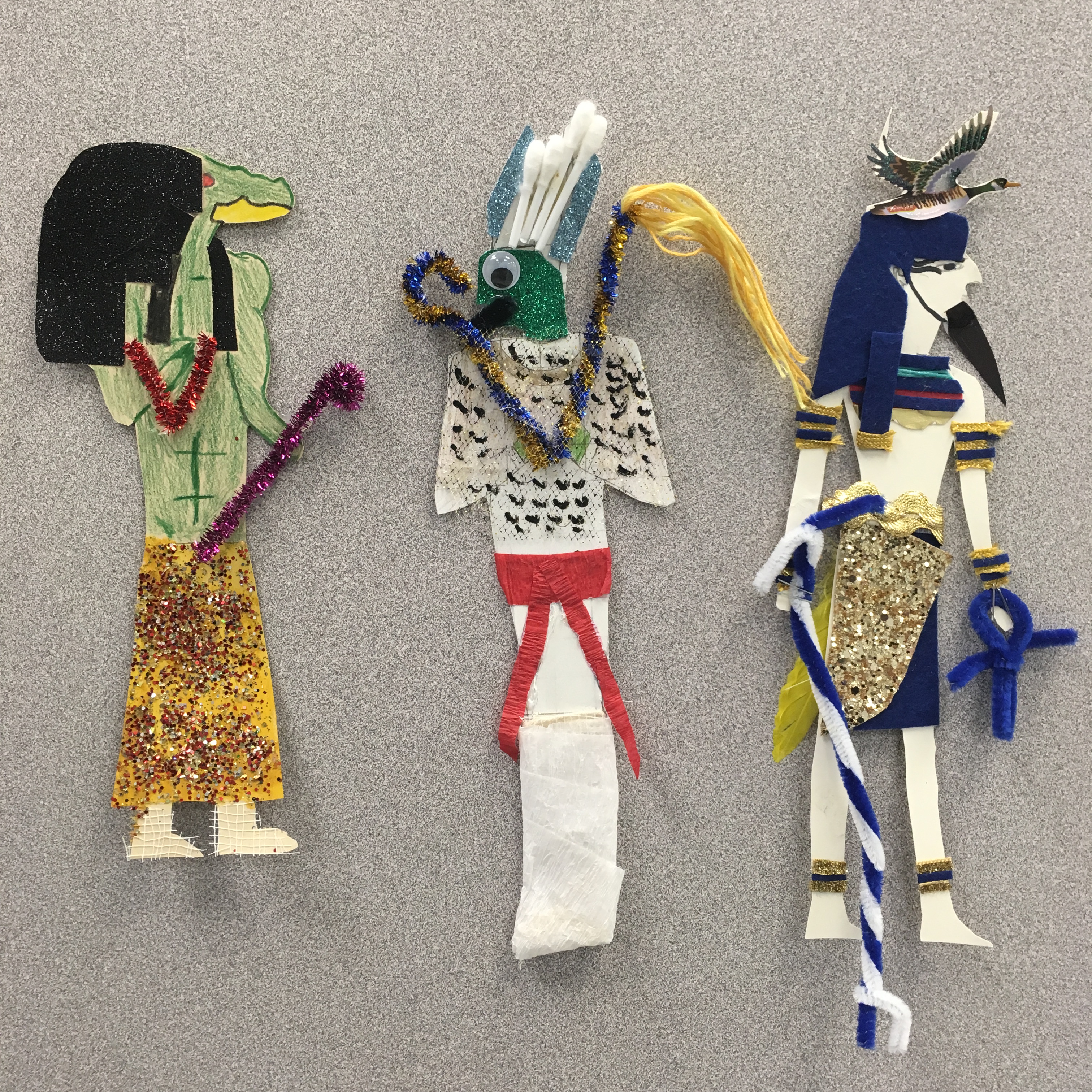 In Praise of the Egyptian Gods